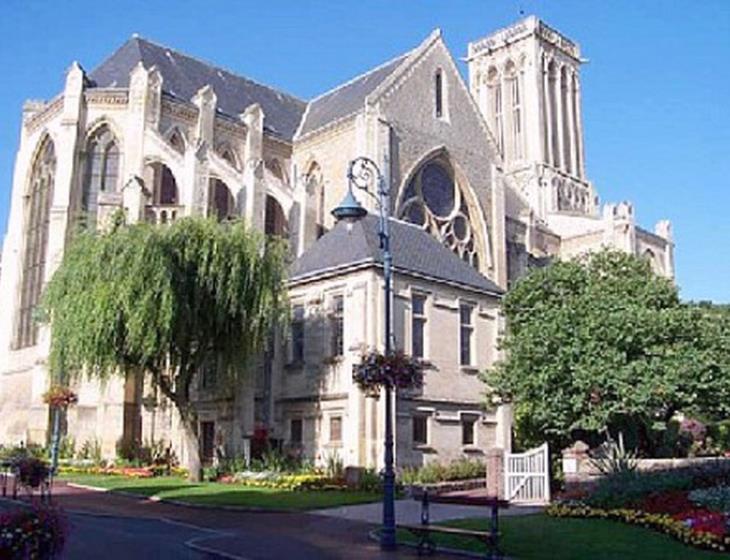 The church of St. Martin is a remarkable example of the Neo-Gothic style that was highly popular in late 19th century Normandy. Thanks to donations, it replaced the former church, which had become too small in the summer season, in 1874.
Sculptures are by the Jacquier brothers and the stained glass windows by the Duhamel Marette studio. The latter are listed historic monuments. This studio located in Evreux produced an exceptional series of 51 coloured glass panels, considered as one of the masterpieces of late 19th century Lower Normandy art.
Thanks to these windows, the building became a ‘holy seafront chapel’.