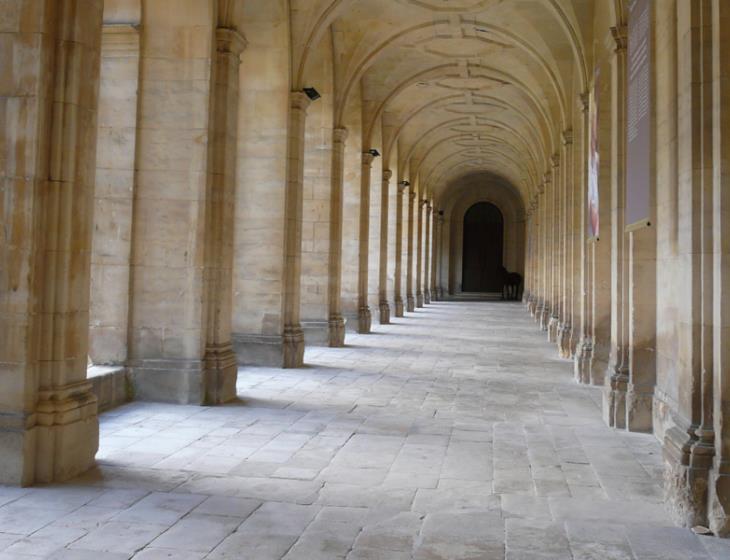 The Men's Abbey is one of two religious edifices, along with the Ladies' Abbey, to have been founded in Caen, Normandy by William the Conqueror in 1063.

Saint-Etienne de Caen, a Benedictine abbey commonly referred to as the Men's Abbey was consecrated in 1077. The 18th century monastic buildings now house the Caen City Council. You can enjoy a tour of the cloister, wainscoted rooms adorned with paintings, the Guardroom and the grand staircase.

William the Conqueror's tomb is in the choir of the abbey-church.