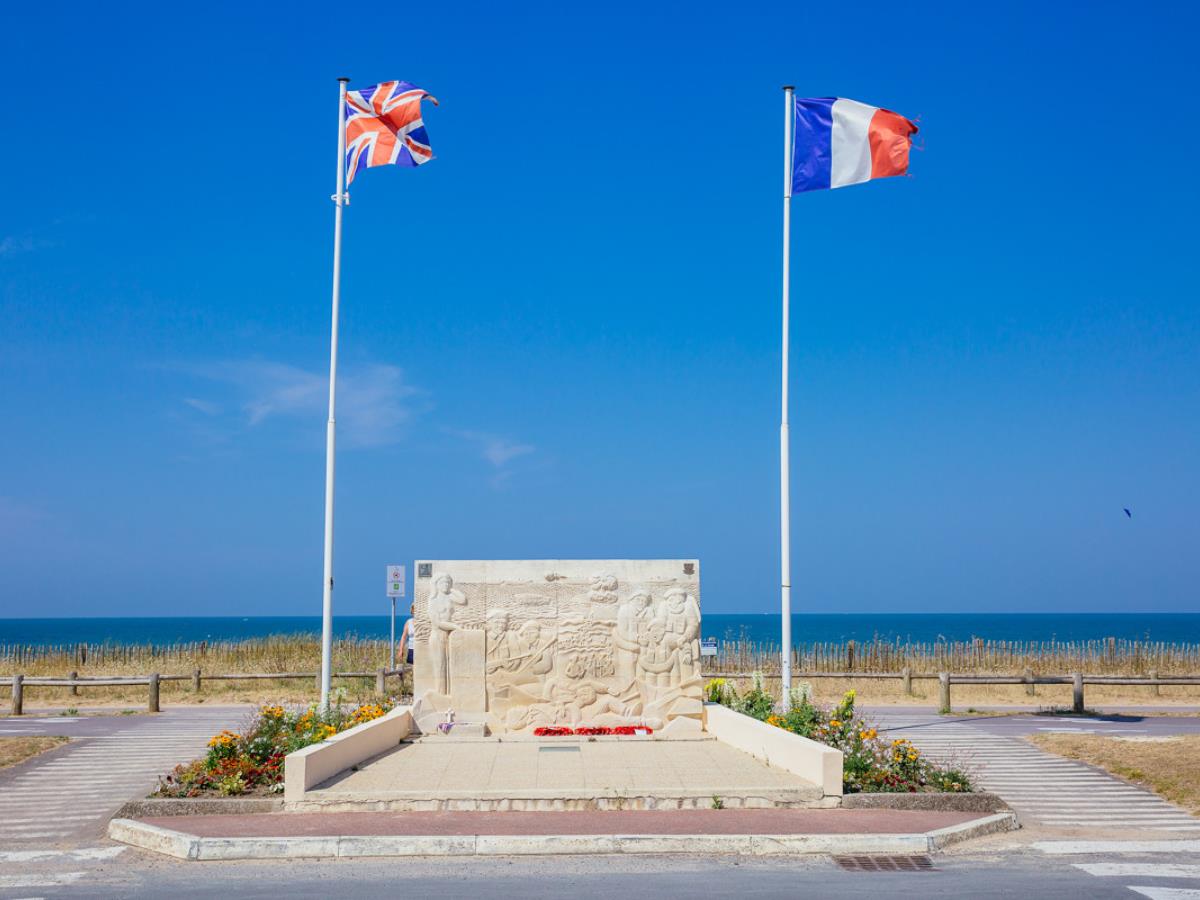 The most easterly of the D-Day Landing Beaches, Sword Beach is the codename given to those stretching from Colleville-Montgomery to Ouistreham Riva-Bella. It is the only beach upon which French troops landed on D-Day.
Led by Commandant Kieffer, 177 French soldiers from the 1e Bataillon de Fusiliers Marins Commandos, landed on Sword Beach along with British troops on the 6th of June 1944.
The French commando liberated part of Riva-Bella, whereas the British troops were in charge of the east beach sector and Ouistreham’s harbour and town centre.