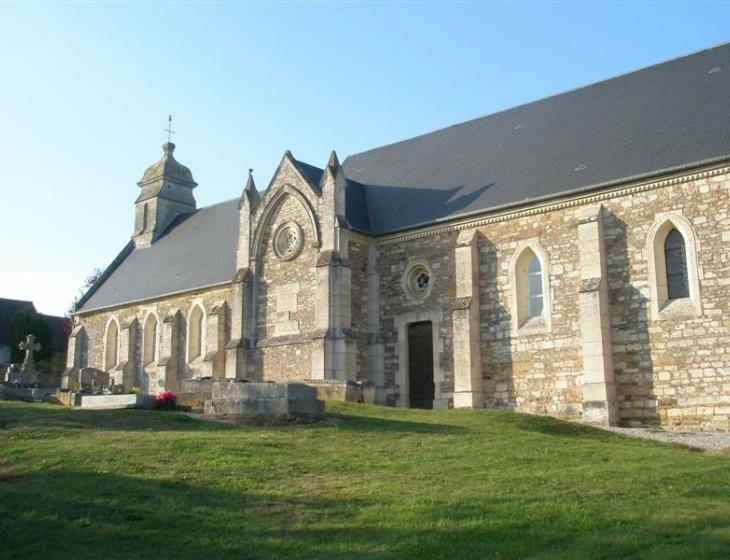 The 12th century tour is enhanced on either side by three arcades, two of which are blind. The octagonal stone pyramid spire was built in the early 13th century. Inside the building, the 18th century altarpiece is adorned with a painted canvas representing the martyr St. Lawrence. The building houses 15th and 18th century tombstones, together with 18th century holy water and baptismal fonts.