William the Conqueror Village of Art 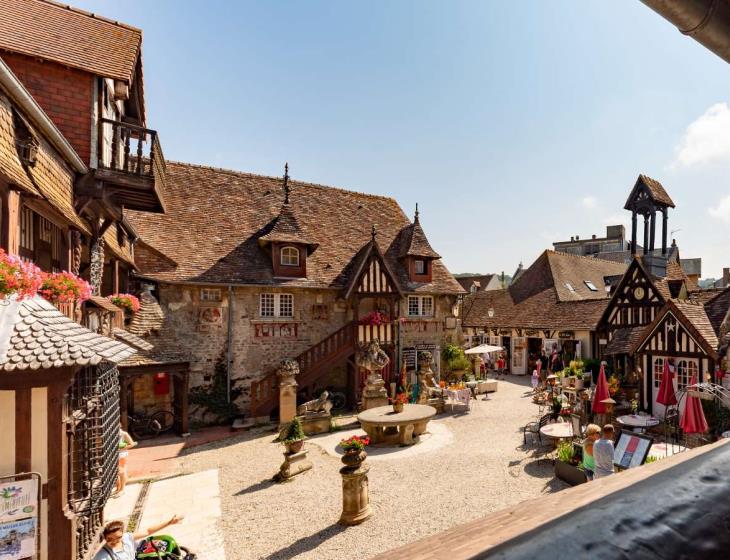 This former coaching inn on the coastal road from Caen to Rouen partly dates from the late 15th century. Several celebrities have stayed here.
In the late 19th century, when sea bathing was in vogue, rich clients took up residence and the inn enjoyed its most prosperous years under Monsieur Le Rémois. An avid art enthusiast, he adorned the Norman-style buildings with medieval or Renaissance style wood carvings. He purchased 17th and 18th century statues, vases and busts, which he had installed in the courtyard.
The Village of Art is open to visitors. Inside, you will find the Tourist Office, housing an exhibition of 14th century stained glass windows, named the ‘Anges Musiciens’ (musician angels).