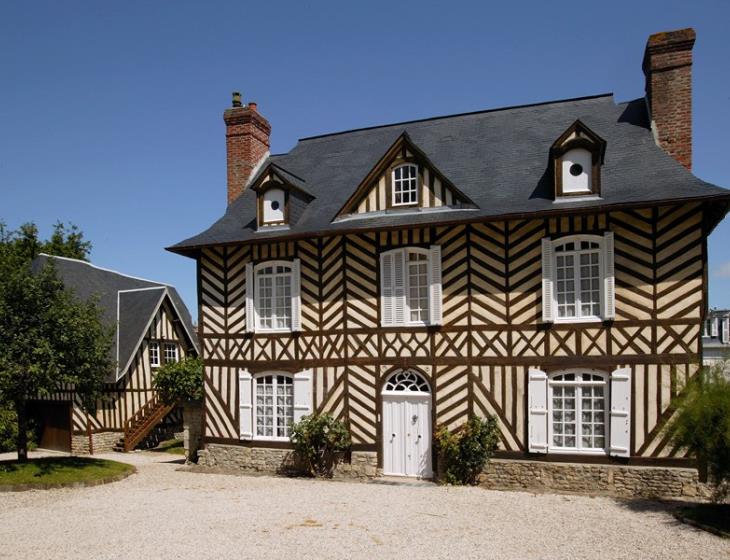 The presbytery in Villers-sur-Mer dates from 1750 and is a fine example of Norman - Pays d’Auge in particular - architecture.

It was twice threatened with destruction in the late 19th century, before becoming part of the town’s property in 1904. Renovated from 1977 to 1979, the presbytery was restored to its original design.

Period half-timbering and, above the doorway, carved St. Andrews crosses - a rare particularity of the Pays d’Auge - were unveiled. Finally, a semi-circular glass upper panel with open-worked wood adorns the door in perfect harmony with the crosses.

The building to the west of the manor is a former sheepfold, dating from the second half of the 19th century and once located in the Villers marshes. It was moved element by element from the marshes to its present-day location.