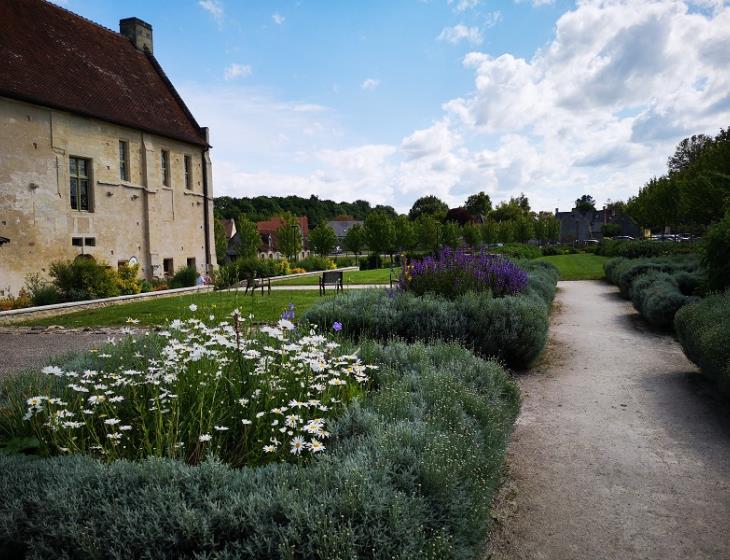 Its comprises two buildings in a three-hectare park. The entrance gate dates back to the 15 th century and was consolidated in the 19th century. The main building dates from 14 th and 15th centuries. Douvres became a barony in 1072 when Thomas of Dover ( 1st Archbishop of York, companion of William the Conqueror), it was then turned into a manor house and became the Bishop of Bayeux's country house. During the 18th century, it was rented to farmers and became a national property during the French Revolution. It has been renovated by the town of Douvres-la Délivrande and children can now enjoy a nice garden and a playground