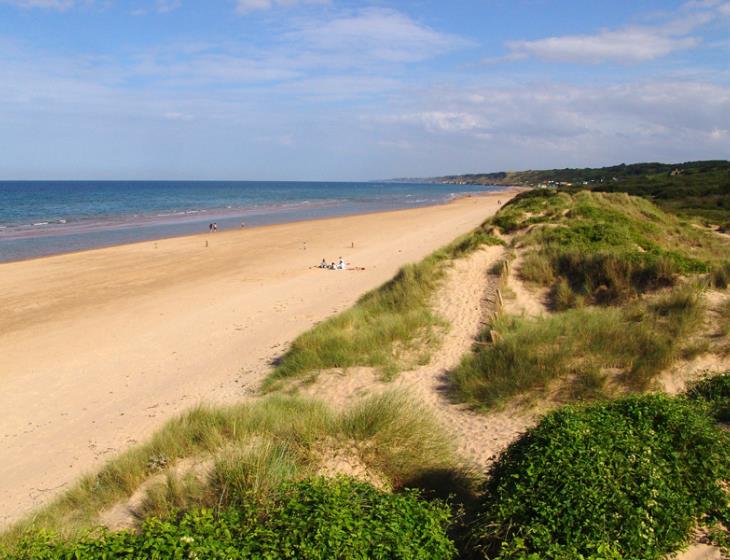 Omaha Beach is famous for its American Military Cemetery where 5,000 soldiers, fallen in the name of liberty, are laid to rest.

"This famous D-Day Landing beach is located on the western Bessin coastline, twenty kilometres to the northwest of Bayeux. Its plateau, punctuated by two valleys, gently slopes towards the sea in the form of a dead cliff, bordered by a damp saddle and a narrow line of dunes. The site's interest lies in the great variety of natural environments it embraces, characterised depending on their distance from the sea, their orientation and the nature of their subsoil. Access is via the Ruquet car park, at the eastern extremity of Saint-Laurent-sur-Mer, then follow the signs to the La Sapinière restaurant.