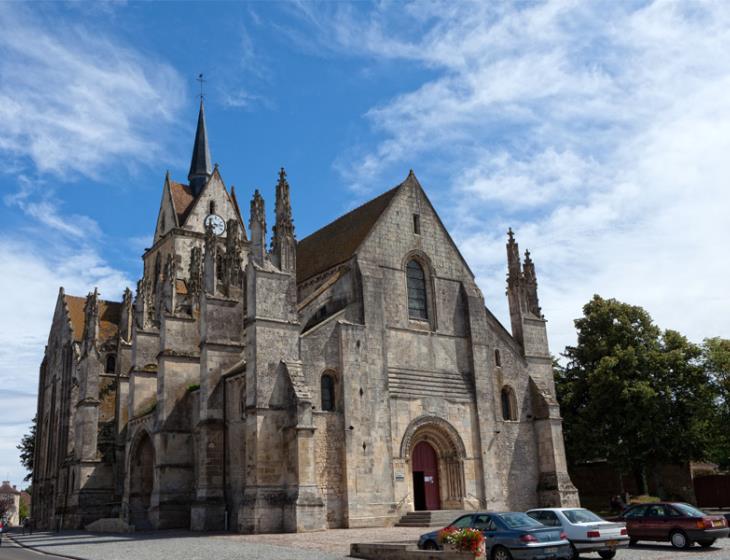 The church was built on the foundations of a small gallo-roman temple and is one of the principal examples of Norman (or Romanesque) architecture in Normandy. It houses a Parisot organ made 1745-1746.

William the Conqueror established a fair round the church. From the Wednesday before Assumption (August 15), the Foire de Guibray was the place for merchants selling sheets, skins, cloth and silk.
This important fair also allowed agricultural produce from Falaise and the surrounding area to be sold. It was the most important fair in West France, the second in France after Beaucaire, and was as famous as those of Troyes or Provins. It’s famous horse fair lasted until the beginning of the 20th century.