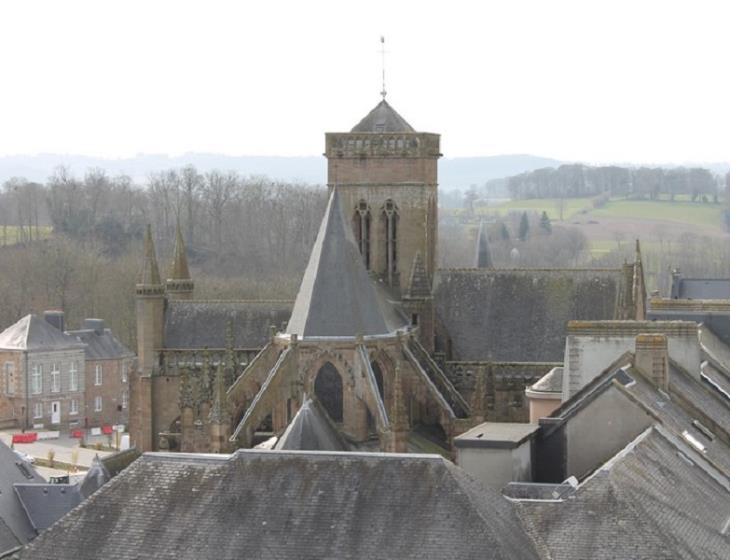 Constructed during the XIIIth Century, based on an XIIth Century Romanesque chapel of early gothic style, it was extended in different styles until the XVIth Century: which saw the raising of the flamboyant gothic chancel, the workmanship of Merveille of Mont-Saint-Michel. It was restored in 1948 after the bombings of the 6th June 1944.