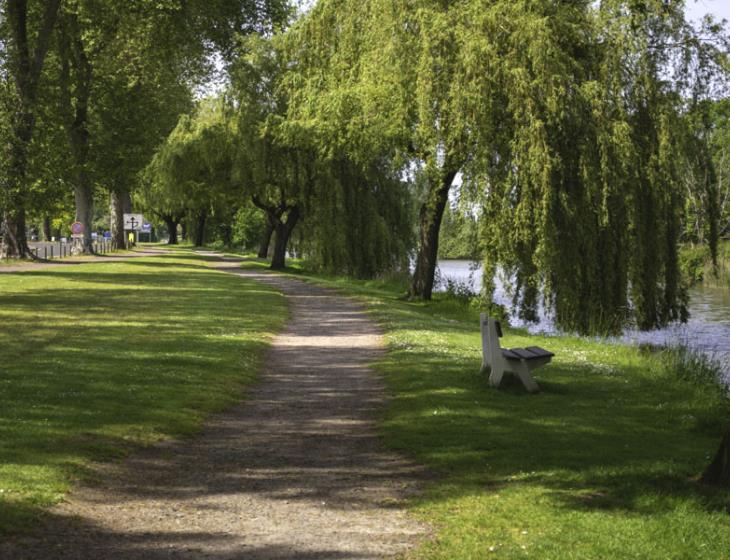 1. Departure in front of the Town Hall of Saint-Arnoult. Head in the direction of Deauville, going past the hind enclosed area. Take the pedestrian walk stretching along the Rivière morte on the left. The Rivière morte is the former bed of the Touques river and is 1.5 km long.

2. After the playground, take the path of the hotel and reach the road.

3. Follow Avenue Michel d'Ornano to the Villa Strassburger, built 1907 on a farm (Ferme du Coteau) that belonged to the family of Gustave Flaubert. Designed by architect Georges Pichereau, it blends the typical Pays d’Auge architecture and a more modern style. It is surrounded by a large green and flowered park. This area is ranked among the “Monuments Historiques” since 1975.

4. Go up the Chemin de l'Eau on the left and reach the Saint-Laurent Chapel, offering an amazing view on the Deauville coast. Its ancient architecture is thought to date back to the 12th century, when it was a parish church. Abandoned after the Revolution, it was restored in 1977.

6. Turn left and follow the yellow road markings found in the housing estate of the Coteau district, situated close to the Biblio'Tech -the media library of the city-.

8. Turn left on the Chemin du Val Marin and follow the golf course to the water tower.

11. Turn left till you get to the city centre and the Town Hall.