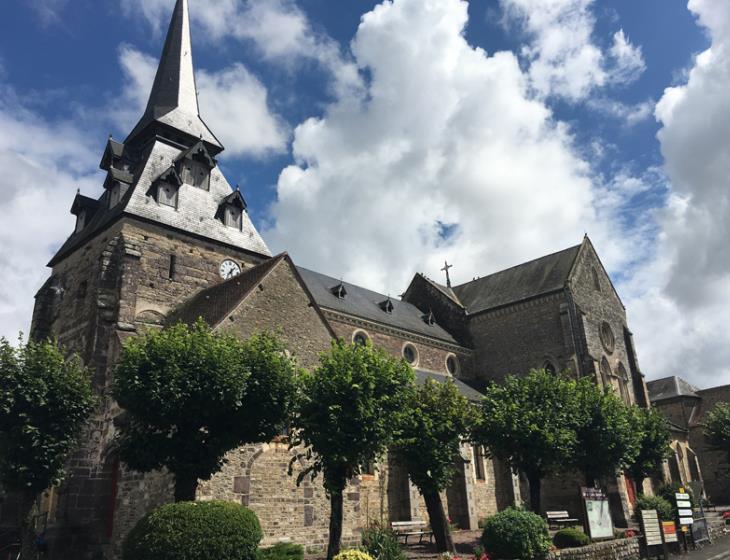 Built in the 15th century, the only vestige of the period still intact is the church’s belfry porch. Rearranged in the second half of the 19th century, under the impetus of Abbot Beaudron, the Clécy priest at the time, its massive and robust appearance is further accentuated by the austerity of the stone (schist and sandstone) used to build it.

Over and above the belfry, a few other features are quite remarkable: the carved 18th century sundial on the façade of the south chapel and the lateral chapels adorned with Flamboyant Gothic windows.