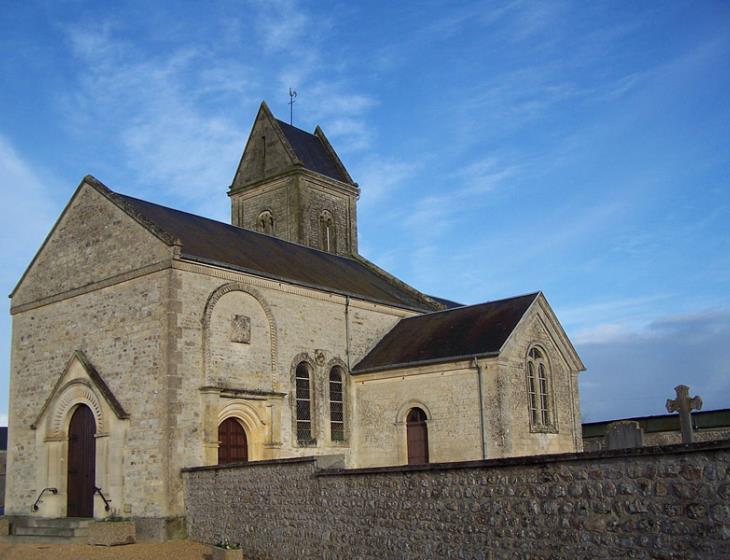 The presence of another church, also devoted to St. John the Baptist, is mentioned as early as 1181. At that date, it was donated to Barbery Abbey by Robert de May. The present-day building replaced the former in the 19th century. After suffering extensive damage during the 1944 bombardments, it was restored upon the initiative of Abbot Tessel, the parish priest.