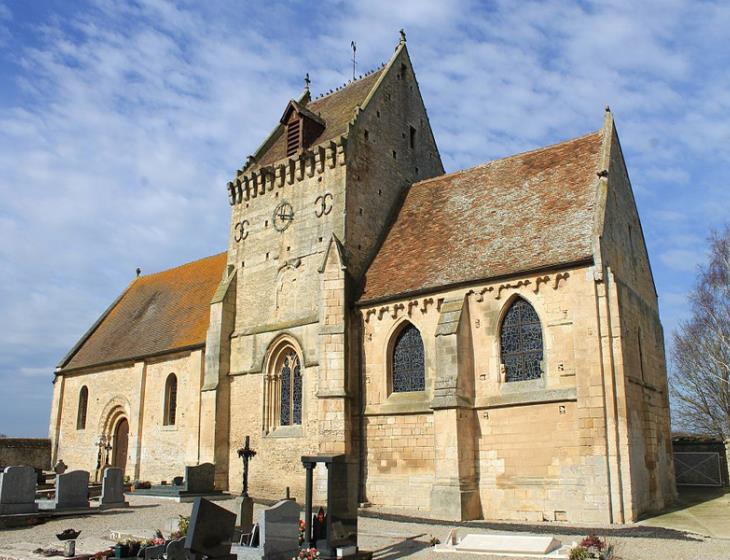 The Church of St. Denis is of Romanesque origin, but has seen several modifications since its construction. The oldest parts date from the 12th or perhaps even 11th century for the nave and tower base. Over and above the tower and its four buttresses, the most remarkable features of this building include the details on the archivolts of the south portal, together with a few modillions on the choir cornice, all of which are 13th century. The bell, named Thérèse, was blessed in 1782.