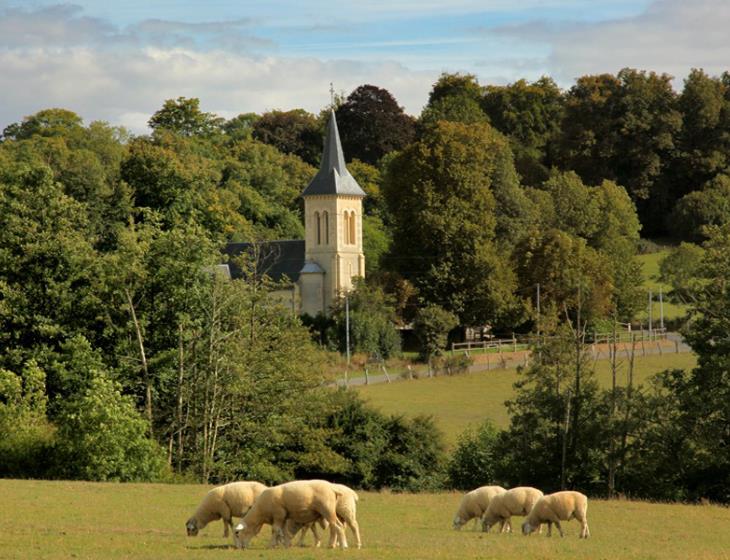 Cossesseville church is under the patronage of Val Abbey, and dependent upon the Diocese of Bayeux since 1167. Originally located in the lower part of the parish town, the church was moved to another site, between the presbytery and the local lord’s house in 1729. In the cemetery that stands alongside the church, two graves are protected with a roof and a grey marble table upon which coats of arms are engraved on the church wall: this is in fact a 19th century monument dedicated to two people who had demonstrated virtue and charity. The Virgin and Child placed on the table represents the patron saint of soldiers. It was erected on the 16th of August 1873 by Marie de Gonneville, Countess of Mirabeau.