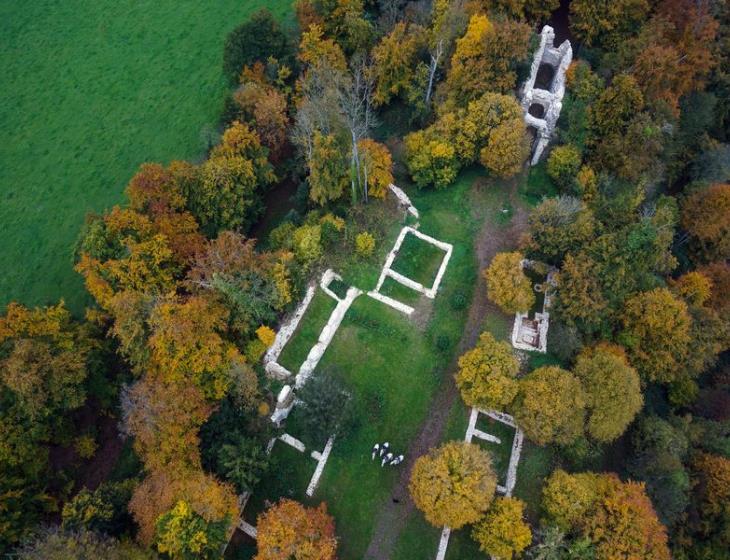 ©
See pictures 1
To discover nearby
ITINOR014V51LALM

It is said that during Charlemagne's reign, a fortress already stood on this spot overlooking the former road to Brittany. The oldest vestiges, discovered during archaeological excavation, date back to the 10th century. Ralf de Pomeroy was among the companions who accompanied William on his conquest of England. The castle and its grounds underwent many transformations up to the 13th century, before being abandoned. Its picturesque ruins, nestling amidst the woods, create a romantic atmosphere propitious to reverie and inspiring legends. Both a sensitive natural area and an archaeological site, Château Ganne is well worth a detour.

Activities and leisure
The ‘Ritours’ village

Activities and leisure
Escape Yourself Caen

Activities and leisure
The Val d’Orne