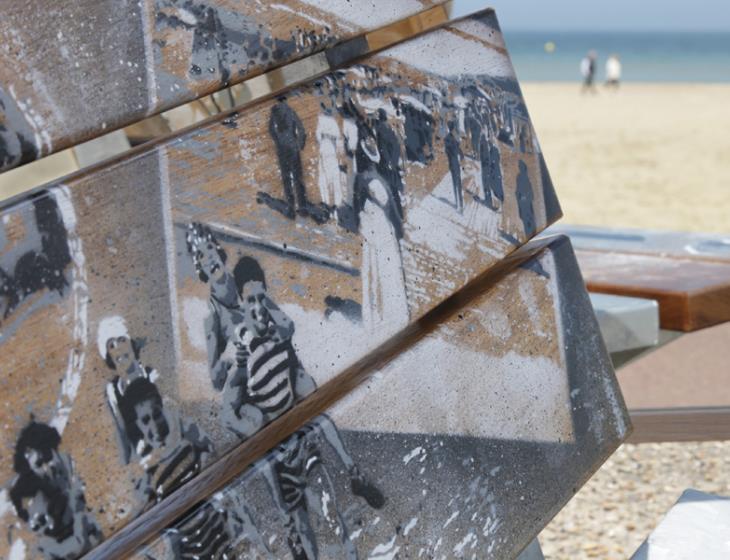 “My technique of multi-layer stencil consists in selecting the colours I want to put on a drawing, then creating a stencil. Overlaid and convex layers constitute a part of the work. Then, I enjoy overlaying my creations to tell a story... I wanted to represent on my chair several eras and pay tribute to the artists that have already represented the beautiful Norman beaches, always maintaining my “stencil” style with a touch of humour. The middle-class families of the 19th century made me think about Eugène Boudin, the bathers of the 1930s, the photographs of Robert Doisneau, designer Jean-Paul Gauthier and his marine icons.”

Born in Rouen, Man-X has been living in Fécamp, where he created in 2002 the "Art hétéroclite” association, specialized in graffiti to promote street art. He started working as a graphic designer when he was 18, then focused on stone cutting. After about 15 years of mainly urban creations, Man-X decided to cut out his first stencil in 2009. His favourite subjects are: his sons; his personal environment. He has also been working on music groups, tour posters, etc. A very large selection of supports is used by this artist. His cutting technique is more and more accurate and the fine details of his stencils show the great patience of this young artist. 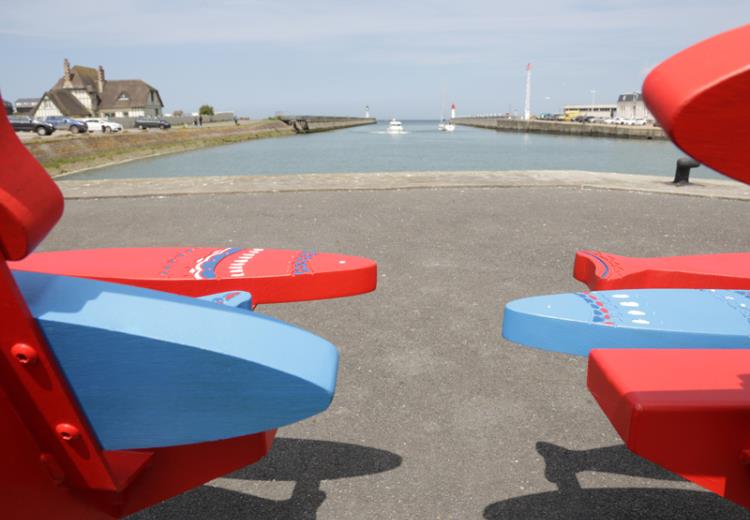