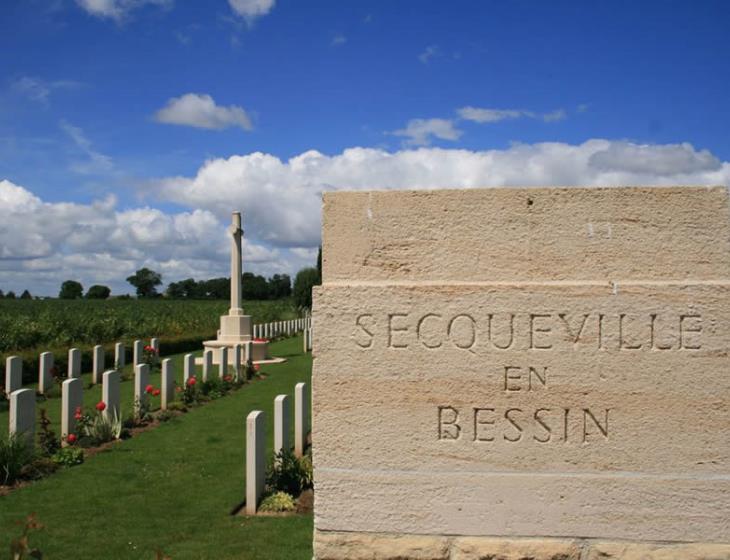 Between Caen and Bayeux: 117 graves.

It is one of the region’s smallest cemeteries. The majority of the soldiers laid to rest here were killed to the west of Caen over the first two weeks following the Normandy Landings.

Canadian soldiers were also initially buried in this cemetery, before being transferred to the Canadian War Cemetery in Reviers.

Visites et découvertes
All about apples and cheese