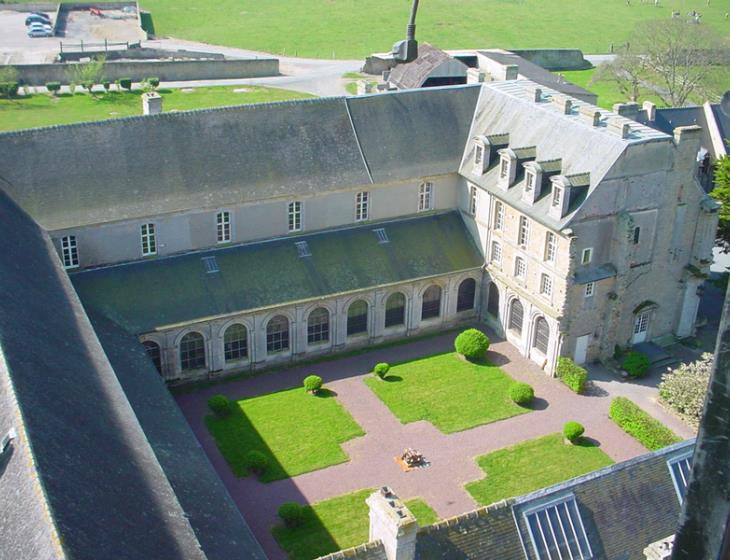 ©
See pictures 6
To discover nearby
PCUNOR014FS000GQ

The Juaye Mondaye Abbey, near Bayeux, is a fine classical 18th century construction located on the banks of the River Aure.

Founded in 1202, the abbey's most affluent period was in the 18th century, with the reconstruction of the monastery by Father Eustache Restout. One of the abbey's Premonstratensians, he was also a painter and architect, born from an influential Norman family.

Over your visit, you can admire the monastic buildings (cloister, chapterhouse, refectory, cells) and the abbey-church, as they were completed in 1745.


Not to be missed:

- In the north transept of the abbey-church, the chapel of the Virgin: a sculpted group in terracotta from Noron la Poterie, by the sculptor Melchior Verly.

- The abbey's most precious piece: the Parisot organ. Built in the 18th century and restored in 2004, it is played in the abbey-church every Sunday.


Guided tours every day from 1st July to 31st August at 4pm and every Sunday from 1st September to 30th June at 3.30pm.

Located to the south of Bayeux, the Hôtellerie Saint-Norbert offers you the possibility to discover the region and its 800 year-old Bessin abbey. Visits...