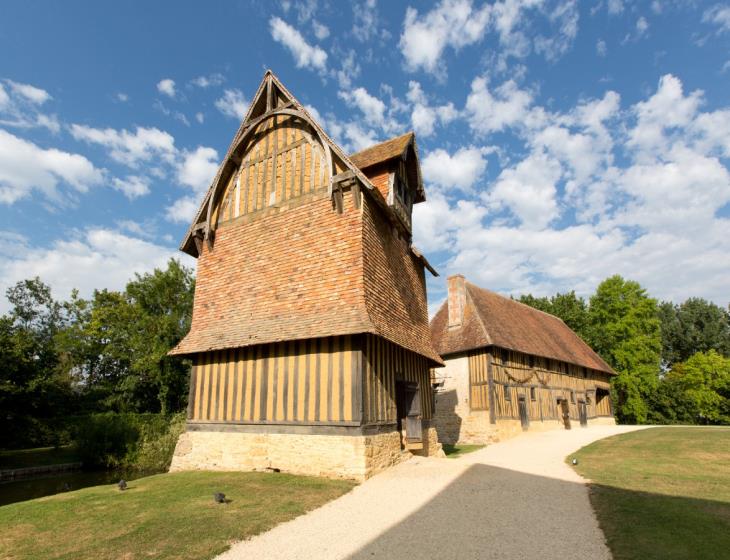 ©
See pictures 2
To discover nearby
FMANOR014V53U0IU

A great filmmaker is shooting a film on the Middle Ages, in Crèvecoeur-en-Auge.

Last night, amidst a joyful atmosphere, the film production team even shared some bread baked in the castle bread oven. However, this morning, something strange happened. The cameraman, sound engineer, then the actors were all struck by some unknown ill: they began to dance, one after another, unable to stop, as if a spell had been cast on them… What is going on? The oldest villagers say that, back in 1470, the inhabitants of the seigniory had also gone crazy after a great banquet. They had begun to dance, relentlessly by day and by night, some of them until they dropped from exhaustion… An English soldier had come to help them, although no one recalls how… but a blue potion and a magic bell successfully broke the spell… Self-guided tour.

The wizards’ shield at the Jardin de Manou gardens