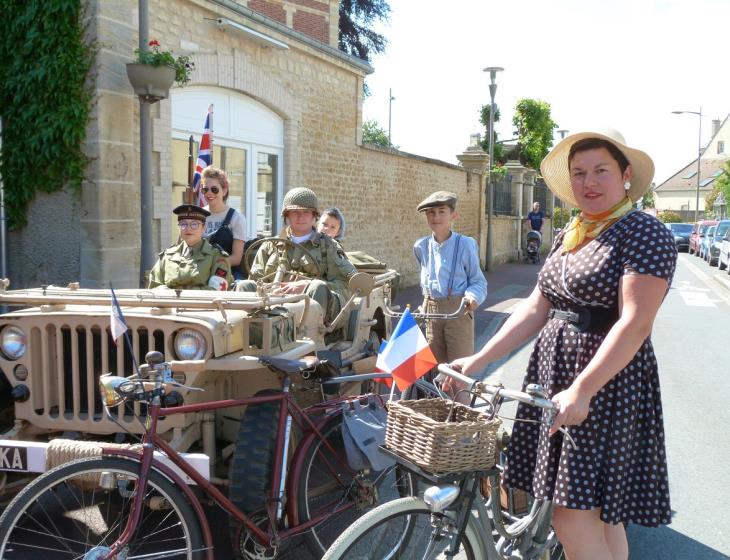 ©
See pictures 1
To discover nearby
FMANOR014V53TIU1

On June 11, 2022 in the center of Dover La Délivrande, rue du Général De Gaulle, the festival committee organizes a parade of bicycles followed by a parade of military vehicles with costumed people. These vehicles will then be exposed. An aperitif concert will be proposed after this parade on Place Lesage.

Visit of the American press room at the Château de Vouilly

Calvados Time: Picnic and musical afternoon in the orchards

Stand-up paddle or kayaking tour on the River Seulles